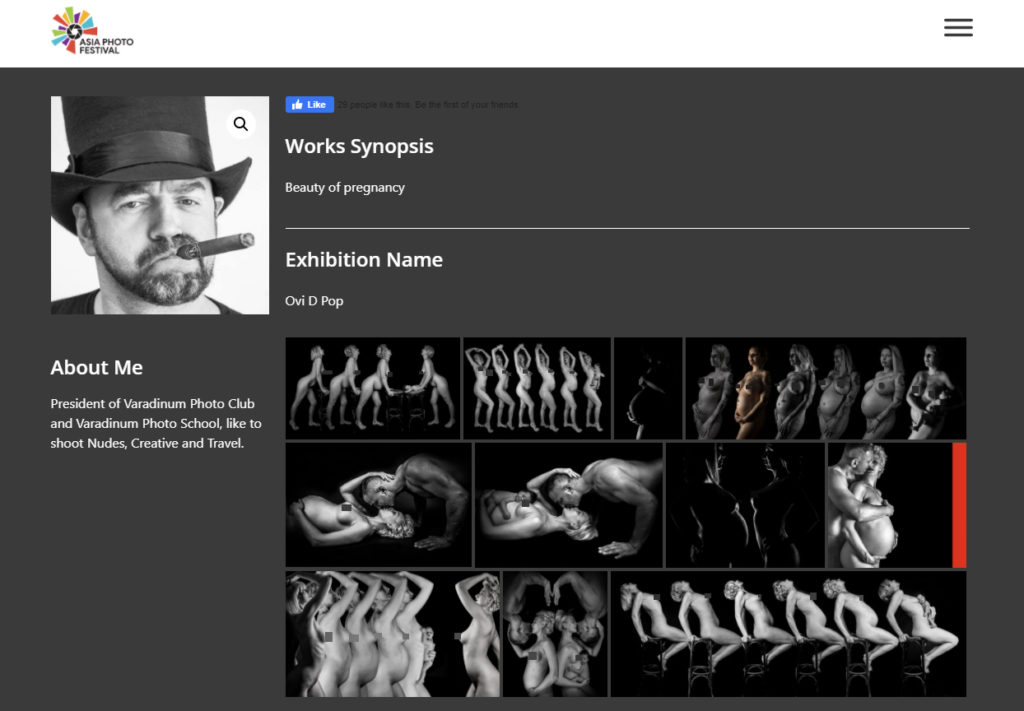 Over 5,000 images featuring the works of 400 photographers from 39 countries are on display in the inaugural online Asia Photo Festival from 12-24 December 2020. Among the notable names in this illustrious field are Thailand’s national artist Waranun Chutchawantipakorn, Malaysian Harry Woo, Michelle Sank of the United Kingdom and Croatian Petar Sabol Sharpeye, who is also Sony Europe’s Imaging Ambassador, etc.

Seminars on photography
Key highlights of the Festival include 38 seminars on topics as varied as using drones to capture breath-taking images, photographing subterranean architecture such as subways, the art of close-ups and travel photojournalism.

The Festival got off to a good start on Saturday 12 Dec 2020 at 0001hr Singapore time. Within 18 hours of opening its virtual doors, it received 51,877 unique pageviews and APU founder Steven Yee is confident the numbers will only get better.

He said the rapid advances in technology, especially on social media, have given the Internet the platform to display high-quality images that meet the exacting standards of photographers. “We have been planning this for years because with web conferencing technology, men and women in the profession can now interact and learn from each other in real time. We saw this as also an opportunity to create a global community that is connected 365 days a year and this is the future for us. This was not done because of Covid-19, but it proved that such events are here to stay.”

The virtual Festival is also a boon for photographers who want to exhibit their works globally without the hefty costs. Under the current pandemic they are also not weighed down by safety concerns that visitors to an exhibition pose.

But the Festival is not only for serious photographers. Steven Yee says the aim is also to educate ordinary people on the art of photography and to capture images to share with netizens. With current restrictions on travel, he has seen a growing interest in the images of destinations and the Festival is zooming in on Asia, with its tapestry of colours and rich cultures. “We want to build this up to next year’s Festival which will focus on travel photography.”

While smart phones have made photographers out of everyone who owns them, the current Festival is also an opportunity for camera manufacturers to entice those hit by the bug to make the upgrade to more advance equipment.

“There is a lot of exciting photographic tools out there that offer more to budding shutterbugs and it is worthwhile to see what technologies some of the renowned manufacturers are offering,” says Steven Yee.

For more information of the Asia Photo Festival visit http://asiaphotofestival.com