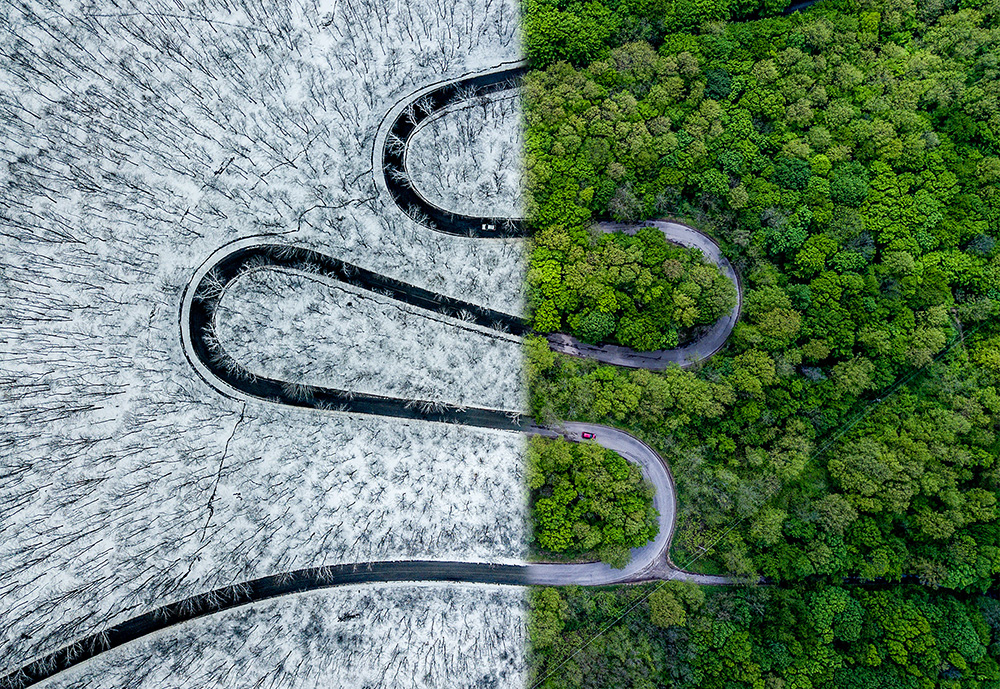 Siena Art Photo Travel Award is back and it is celebrating its comeback with a newly created contest: Drone Awards. At its first edition the contest already collected more than 4400 submissions from all around the world, 101 countries represented by both professional photographers and amateur drone photo enthusiasts.

A group of internationally recognised photography professionals selected the winner through all the anonymous submissions.
2018 edition winners were announced: the “Photographer of the Year” title was won by French photographer Florian Ledoux, who took an amazing picture in the freezing waters of northern Canada, the image shows a polar bear jumping across floating ice in Nunavut – it is beautiful!
He will receive the marvelous crystal sphere “Pangea Prize” during the Awards Ceremony that will be held in Siena in “Teatro dei Rozzi” theatre, on October 27th.

At its first year, Drone Awards has already become a leading photo contest for aerial photographers, who have here the chance to connect with like-minded enthusiasts.